browse all versions
Get the latest version

On top of Spring Boot

The Grails framework is built on top of Spring Boot and leverages Spring Boot's time-saving features, such as Spring-powered dependency injection.

The Grails framework seamlessly and transparently integrates and interoperates with Java, the JVM, and existing Java EE containers.

Apache Groovy is a language for the Java platform designed to enhance developers' productivity. It is an optionally-typed and dynamic language but with static-typing and static compilation capabilities.

With the use of application profiles, including React and Angular, the Grails framework allows developers to build REST APIs or modern web applications with a JavaScript frontend.

Developers can build plugins that extend and enhance the Grails framework, or they can access existing plugins published by a vibrant plugin community.

The async features of the Grails framework aim to simplify concurrent programming. The framework's features include the concept of Promises, a unified event model, and the use of RxJava to write reactive logic.

The Grails framework is an open source Apache 2 License project.

Developers can access support at any time via IDEs and text editors, such as Intellij IDEA, Eclipse, Sublime, and Textmate. 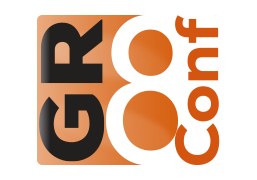 Groovy, Grails, and related technologies have seen astounding growth in interest and adoption over the past few years, and with good reason. GR8Conf is a series of conferences founded to spread the word worldwide. The 2018 GR8Conf Europe is celebrating its 10th year, and it's expected to be a blast. As in 2017 the conference had a DevOps day, this year DevOps topics will be mixed with the rest of the topics. GR8Conf is an independent, affordable series of conferences and covers All Things Groovy 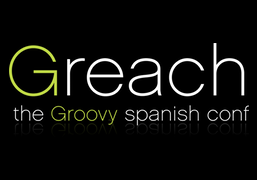 Enhance your knowledge and skills with some of the most recognizable names from the Groovy development scene from all around the world. Experience three days full of Groovy and Grails talks and networking ... plus our famous Friday Beers Party!

They all use the Grails Framework